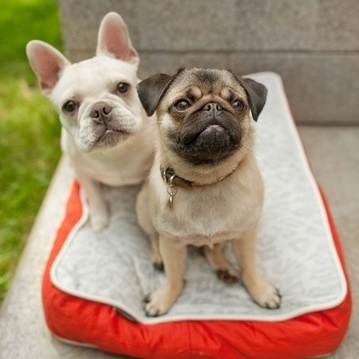 The world’s fascination with smush faced dogs has lead to a sport team type competitiveness between breeds within the family, which includes Bulldogs, Boxers and Boston Terriers. According to the American Kennel Club, French Bulldogs are the sixth most popular breed in America (New York and England’s most popular breed), with Pugs coming in at a number 32 on the list. 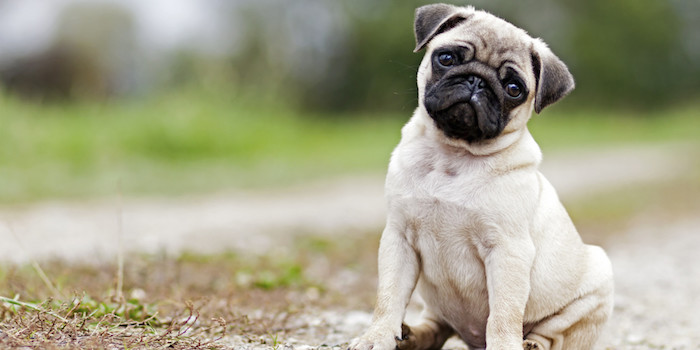 Pugs were originally bred in China for royal families. They were brought to Europe during the 16th century. It was in the 1800s that English lace workers settled in Normandy with small bulldogs. These were thought to be crossbred with Pugs to result in a smaller, domesticated French Bulldog. The Frenchie became the favorite of both aristocrats and the Courtesans who served them. Ten years ago they were not even on the AKC’s top ten list, but now you can’t walk half a mile in Manhattan without spotting a Frenchie.

How do these two little squat dogs stack up against each other? Let’s take a deeper dive on the differences between these two adorable snort-snouted breeds face-off. 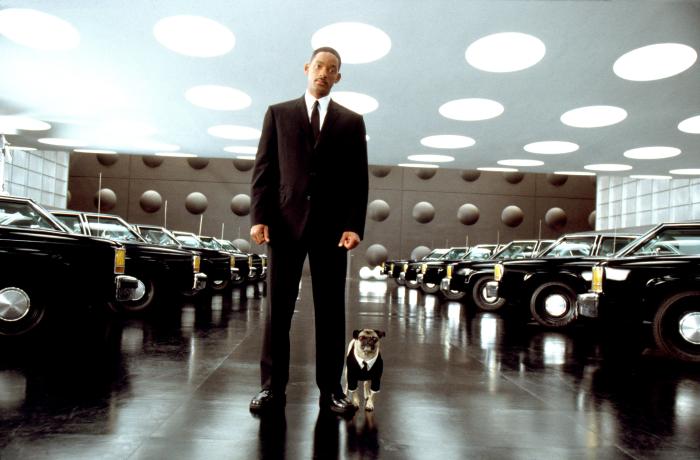 Pugs catapulted into street name recognition status when cast in Men in Black opposite Will Smith and Tommy Lee Jones. Frank, the name of the alien character, first meets J and tells him to “kiss my furry little butt!” Frank, played by a trained pug named Mushu, appeared in all three MIB films and the animated series. 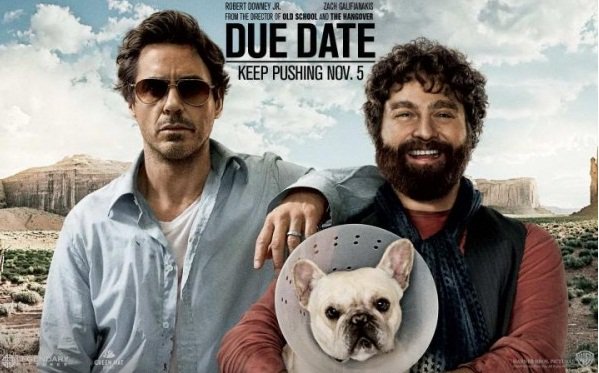 It took the buffoonery of Zach Galifianakis’ character in Due Date to win hearts for Team Frenchie. Despite his character’s disdain for Sonny, the Frenchie, in real life Robert Downey Jr. fell in love with his farting co-star and tried to adopt her. “It was really funny when Robert had to say he didn’t like her, because he really loved her,” Mark Harden, Sunny’s trainer, told PEOPLEPets.com. “In between takes, he would put her in his lap and sit with her.”

Winner: Pugs. Still commonly referred to as the Men in Black dog, pugs may have won in the entertainment side, for now, but Frenchies are on the rise. 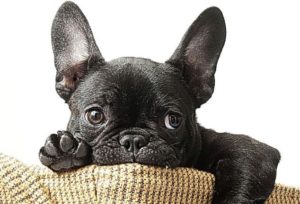 Believe it or not, Pugs have two different ear type shapes. The preferred style is called “button” where the ears are folded with the front edge against the head. The “rose” ears are smaller.

One of Frenchies’ nicknames are batpigs, due to their batlike ears and pot-belly pig shaped bodies. The short version is a general rule of ears up the dog is a Frenchie, ears down it is a Pug. Note, there are exceptions to this rule and many Frenchie pups have floppy ears that eventually pop up to bat-status.

Winner: Frenchies. Come on, their ears are up like radars giving them an advantage when treat plastic is rustled. 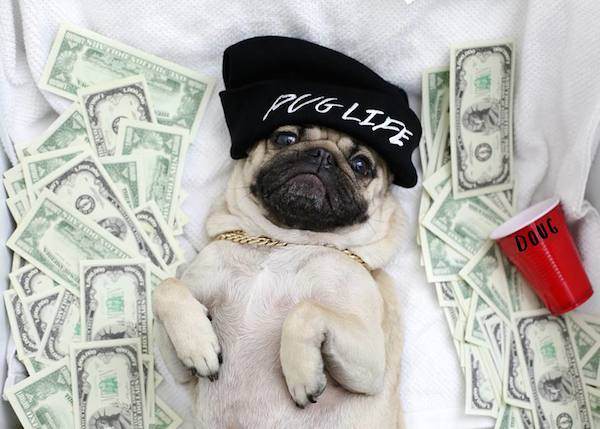 DOUG THE PUG: Who could resist Doug, especially when he is in his beloved Harry Potter outfit? With over 2.7 Million followers, there’s no slowing down with his growing legion of fans from celebrities to his fellow animals, Doug’s sweet laid-back nature has won him a loyal following. His best selling book Doug the Pug: The King of Pop Culture made him America’s smushiest hero. Doug lives in Nashville but travels all over the world spreading laughter and love. 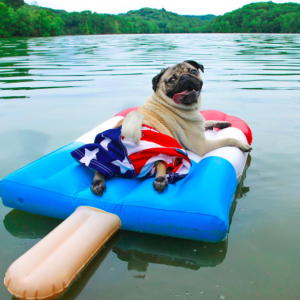 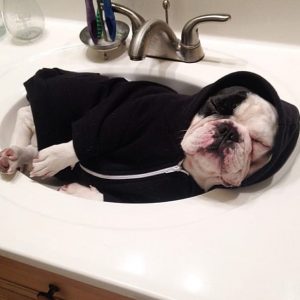 MANNY THE FRENCHIE: Coming in at 1 Million Instagram followers, Manny gained fame for sleeping in the sink. His unusual napzone led him straight into Instagram fame. Manny isn’t the only well-known member of his family. His famous cousin Jenna Uskowitz was a Glee superstar, who now has her own Frenchie named Bear. His pack at home includes @frankthefunnyfrenchie–a blue Frenchie, two rescues from French Bulldog Network @filip_and_liam, and his sister Leila who can collectively been seen on @manny_and_friends. His book is called The Frenchie Art of Happiness. Manny also jetsets around the country, meeting other Frenchies and doing charity work.

Winner: If it comes to numbers, Doug is the clear victor. When it comes to homies you can count on, cuddle up with Manny–he’ll make room in the sink for you.

FINAL RESULT: In the end the real winner are dog lovers who are lucky enough to have these funny little farters in their lives. 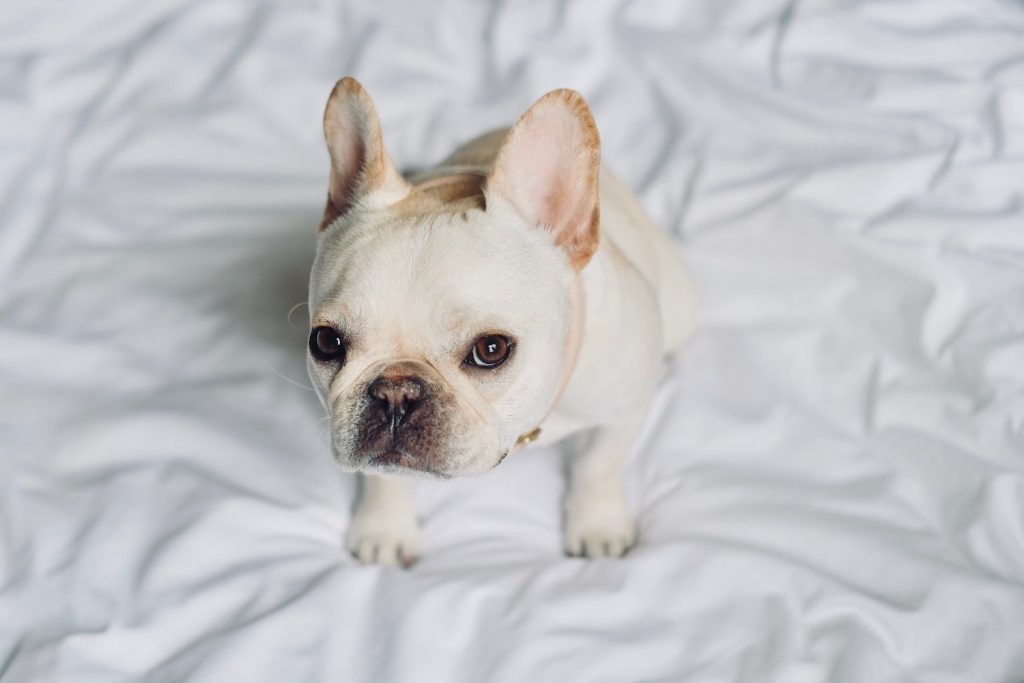 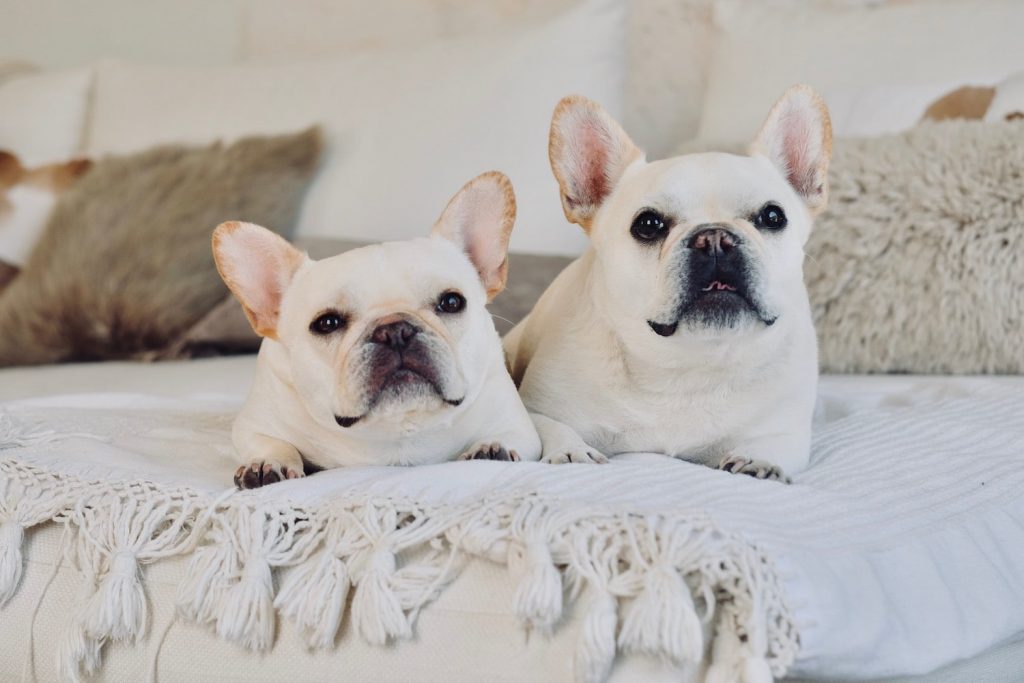 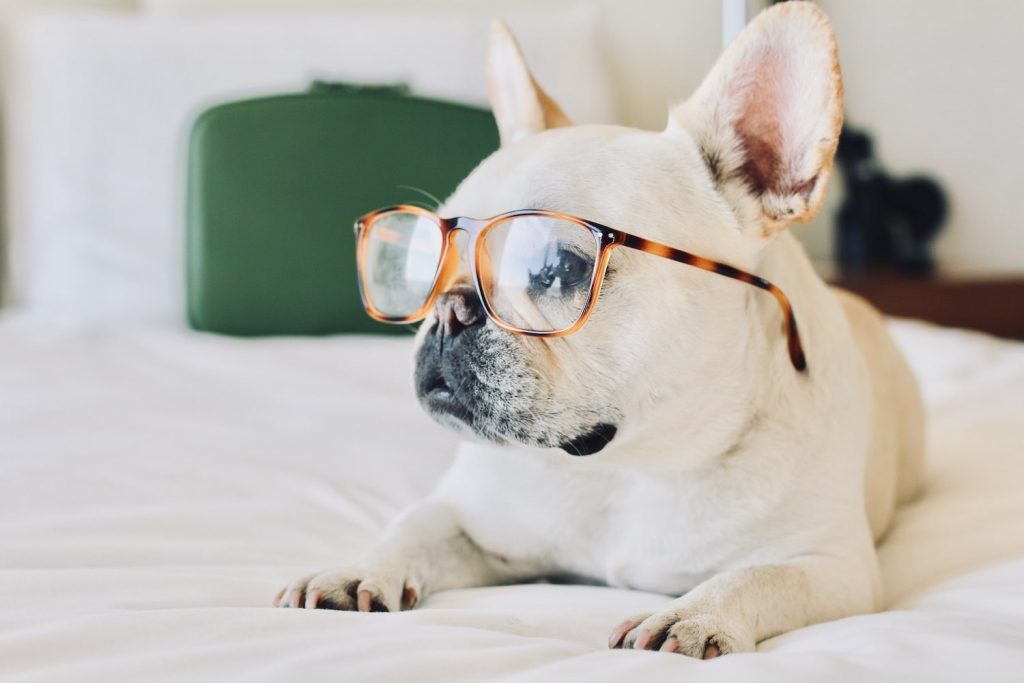